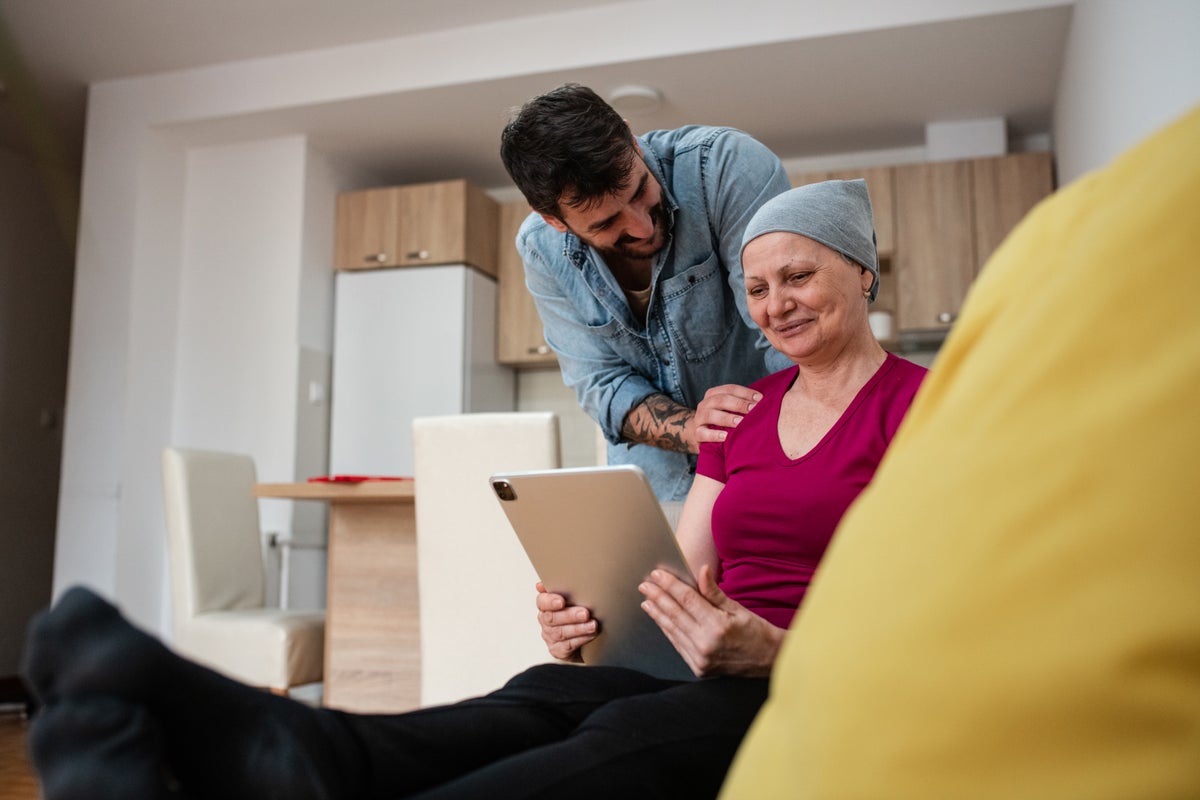 An Arizona mother has opened up about the heartwarming gift she got from her son after she lost her hair due to a benign brain tumour: He grew out his own hair in order to create a wig for her.

During a recent interview with Today Parents, Melanie Shaha explained how she was diagnosed with a benign brain tumour of the pituitary gland after experiencing some headaches in 2003.

Her tumour had impacted the function of her pituitary gland, which releases “several important hormones” and “plays a role in how the body responds to stress”, as noted by The Cleveland Clinic.

Shaha said while she “had surgery to remove the tumour” and “had a really great outcome,” it later returned and required her to get another surgery in 2006. When the tumour returned for a third time in 2017, she was prescribed radiation which made her wonder if she’d lose her hair.

“I asked (my doctor), ‘Will I lose my hair?’ and they said ‘No,’” she explained. “Three months later, I had a big shed and started losing hair. I was surprised.”

The mother-of-six added that she didn’t have a problem with people knowing that she was sick, but had an issue with being the person who “stands out” in the crowd.

“Not having hair, you stick out like a sore thumb and well-meaning people can say things that break your heart,” she continued. “I don’t mind being sick but I mind looking sick. I’d rather blend in and not stand out at the store.”

According to the Mayo Clinic, hair loss can be expected during radiation and other chemotherapy treatments.

Shaha then shared the moment that’s sure to make any parent’s heart swell: Her 27-year-old son Matt offered to give her some of his hair in 2018, asking “Why don’t I grow out my hair to make a wig for you?”

By March 2021, Matt’s hair was 12 inches long and able to be cut to create a wig for his mother. He said that before making the wig, he went to his mother’s home where she and his co-workers cut hair off.

“We were super pumped and when they started cutting, we bawled,” Shaha added.

After his hair was chopped off, Matt and his mother said that they sent his locks to a company called Compassionate Creations, based in Newport Beach, California. The company later hand delivered the wig to Shaha in June.

Once they received the creation, the pair were both very pleased with the outcome and brought it to the hairdresser to get it “styled”.

“The colour is spectacular and we had it cut and styled with a hairdresser,” she said. “Matt said it looks great on me.”