Although Facebook’s facial recognition software has identified and archived more than a billion user faces, its latest incarnation – Meta – has announced that it will stop automatically tagging people’s faces in uploaded photos and videos, and will delete the data it has gathered – although users can continue to manually tag friends in their photos. Yet… Meta will continue working on facial recognition systems for future purposes, as in its upcoming smart glasses or augmented reality.

I reiterate: No amount of screaming will stop this tide from coming in. Your phone and doorbell and digital assistant will recognize faces and if you ban the tech, all it will do is give a monopoly on such systems to secret elites. Instead of trying futilely to ban technologies of light, we must focus on preventing the harms. And the way to do that is with light.

Another example? Surveilling students: Big Teacher is Watching: How AI Spyware took over schools: Especially in the wake of online learning during the pandemic quarantine, a web app called GoGuardian increasingly tracks what students do online, not just at school, but at home as well: “For kids that means their every keystroke, click and search is recorded and analyzed…” Educators can view students’ web search histories, know if a kid is playing a video game, watching Netflix or Youtube – or especially viewing porn. Some programs also monitor for potential signs of emotional distress among the students. Many of these machine learning algorithms process nearly everything that students do online, even outside of school hours, and some of these companies sell student data.

And again, if you focus on accountability that might prevent harms, then you may do some good. Banning this simply won’t happen.

The latest controversial weapon against theft: What happens when individuals use bluetooth tracking technology – such as Apple’s AirTag – to track down stolen items, such as gaming systems, laptops, bicycles, scooters… and, especially cars? Such products are “testing the limits of how far people will go to get back their stolen property and what they consider justice.”

See: “From Macy’s to Ace Hardware, facial recognition is already everywhere: Facial recognition is popping up at our favorite stores, but customers are largely unaware.” And whatever is loose in the commercial world, you can be sure elites of all kinds – bad and good – have got it.

The latest: a winged microchip the size of a grain of sand – swarms spread by the wind could be used to monitor the environment – or for civilian surveillance.

It’s called Brin’s Corrollary to Moore’s Law: The cameras get smaller, faster, better, cheaper, more moble and vastly more numerous at a far greater pace than Moore’s Law. This has huge implications, by the way, regarding so-called UFOs. But ever more (or moore) so, it means we all will be seen. But sousveillance could make a world where we catch any snoops and watchers and effectively shout “MYOB!”  (Mind your own business.)

And it goes on. Take this headline from The Guardian: Huge data leak shatters the lie that the innocent need not fear surveillance.

On and on, it’s always the same. Our paladins and pundit defenders of freedom and privacy point at event after event that appear to portend a loss of both… and they are utterly correct to fretfully worry about looming technologies of surveillance, which could genuinely lead to the control-by-telescreen that Orwell chillingly portrayed! Yes, technologies like those Snowden revealed, or the latest “Pegasus” Israeli spy program that allowed agencies around the world to listen in on iPhones, or Moscow promulgated ransomware, or ubiquitous, unmonitored state face-recognition, could very well be part of the path to that hellscape…

…though I think the “social credit” systems established by some authoritarian regimes are even more insidious and dangerous, siccing neighbors upon neighbors. 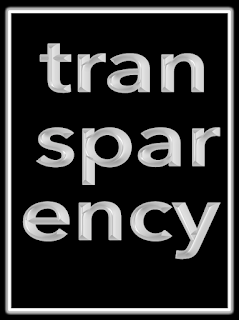 So why am I shrugging about this latest furor? Because it’s always the same thing: screams of outrage followed by calls for impractical and futile “solutions.” Ever since around 1994, the same clade of worriers – from the Electronic Frontier Foundation to the ACLU (join them both! Your dues will help!) are spot-on in reporting the latest travesty…

…and maybe 5% right re: HOW to respond to it….
… and 95%+ just plain wrong, in demanding that technologies be ‘outlawed’ or that high level elites of law or government or wealth or criminality or despotism be somehow blinded.

To those pointing at technologies and surveillance and shouting warnings, I say “yes! That could lead to Big Brother, so what’s the plan?” To those who cry: “Ban it!” I always answer. “Um, how? Show me a moment in human history when elites have let themselves be blinded. Or when “Don’t look!” privacy laws did anything but (as Heinlein put it) Make the Spy Bugs Smaller.

Across 30 years denouncing and trying to ban technologies of vision – including face recognition – are there any such technologies that your shadow-seeking tactic ever stymied for long?

Again and again I have assigned the same experiment. Go to the nearest zoo’s baboon enclosure. Climb inside with a pointed stick. Go right up to the biggest alpha baboon and stab out his eyes so he can’t look at you!

He will, on the other hand, grudgingly allow you to look back at him.

The same is true of all animals, let alone the alpha elites we hire to protect us. Any power of vision we try to deny them will instantly become the locus of paranoia and a desperate (and sometimes justified) felt need to bypass restrictions on their ability to see. All you are doing is driving any Good Guy elites into criminality.

On the other hand, the last 250 years shows that we can seize and hold some powers of supervision and transparency and apply then to elites, the innovation responsible for all our current freedom and – yes – privacy.

Imperfectly? Then make that the focus of our activism! And yes, there are dozens of ways to do that in The Transparent Society.

I say this not out of complacency. I fear Big Brother more than almost any of you do! And that is why my prescriptions are less about raging futilely at the next example of elite spying and the next, and the next forever…

… and more based upon things that have actually worked at creating this rare island of relative freedom and privacy across humanity’s dismal history. 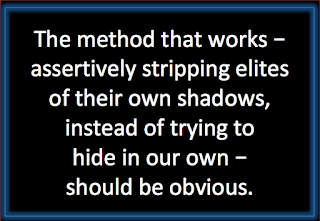 The method that works – assertively stripping elites of their own shadows, instead of absurdly trying to hide in our own – should be obvious to our paladins…

…but apparently it is so counter-intuitive that they never, ever grasp it, no matter how many times their screams of “Shadows! Give us shadows!” utterly fail. They always, always fail.

Yet, still, they reflexively rail against light (the only tool that ever preserved freedom), calling for bans on things that cannot be banned, succeeding only in clouding the vision of those elites who are on our side, while empowering those bent on re-establishing 6000 years of feudalism.

A talk I gave for the Foresight Institute on transparency, reciprocal accountability and pyramidal vs diamond-shaped societies is well-summarized here.

And, here’s an interesting article from Edge re: “reciprocity altruism” and prisoner’s dilemma.