Pig farmer, 89, jailed for murdering spouse and dumping physique in septic tank to run off with secret lover


A TWISTED pig farmer who killed his wife then dumped her body in a septic tank has finally been caged for her murder 40 years later.

David Venables, 89, was having a “long-standing affair” with his mum’s former carer Lorraine Styles behind wife Brenda’s back

He slaughtered Brenda in 1982 and hid her body in a cesspit at the couple’s farmhouse in Kempsey, Worcs – leading to a 37-year mystery.

The 48-year-old’s remains were discovered in 2019 and Venables was arrested and charged.

He was today jailed for life with a minimum of 18 years after being convicted of murder following a trial at Worcester Crown Court.

Jurors heard how Venables “wanted Brenda out of the way” so he could continue his affair with Ms Styles. 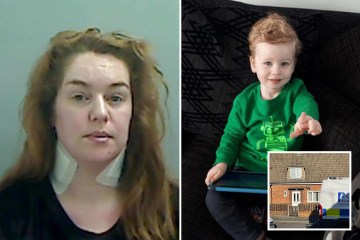 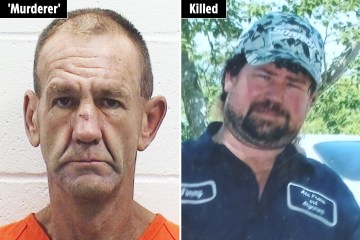 The pair rekindled their affair over Christmas that year and months later, Brenda disappeared.

After murdering his wife, Venables found the “perfect hiding place” in the secluded septic tank.

He dumped Brenda’s body then called police on May 4, 1982, and reported her missing.

Venables played the part of worried husband to the best of his abilities – claiming he woke up to find Brenda gone.

He was seen searching surrounding lanes and close to the nearby River Severn as a hunt got underway.

Venables also lied to officers about Brenda being depressed – leading locals to believe she had taken her own life.

For 37 years she lay undiscovered in the cesspit as her disappearance was treated as a missing person’s enquiry.

As prosecutor Michael Burrows QC said, Venables had “got away with murder” during that time.

But his evil web of lies unravelled in 2019 when Brenda’s skull and other bones were discovered during work to empty the underground chamber after the monster sold the house.

Bizarrely, after he was arrested, Venables tried blaming Fred West for his wife’s killing.

The fiend claimed the serial killer had links to Kempsey and had worked emptying septic tanks.

Venables also said a female friend told him that “Fred West picked her up in Worcester at a bus stop early one morning, and she managed to escape”.

The pig farmer told officers: “I wondered since whether he was responsible for picking her up and eventually disposing of her body.”

But jurors saw through his lies and he was today convicted of murdering Brenda on either May 3 or May 4, 1982.

Speaking after the verdict Brenda’s nieces and nephews said in a statement: “We are relieved that today, after a wait of 40 years, at last there is justice for Brenda.

“Venables can no longer get away with having murdered his wife, the hiding of her body, and all his deceit, lies and fabrications.”

Detective Sergeant James Beard, of West Mercia Police, said: “The terrible truth is that Brenda was killed by the person who was meant to care for her most.

“He then let her family and friends go for so long not knowing what happened to her; they were robbed of a sister and auntie, and left without closure for 40 years.

“We cannot begin to imagine the pain that must have caused them and I’d like to commend them for the courage and dignity they have shown throughout the investigation and the court proceedings.”