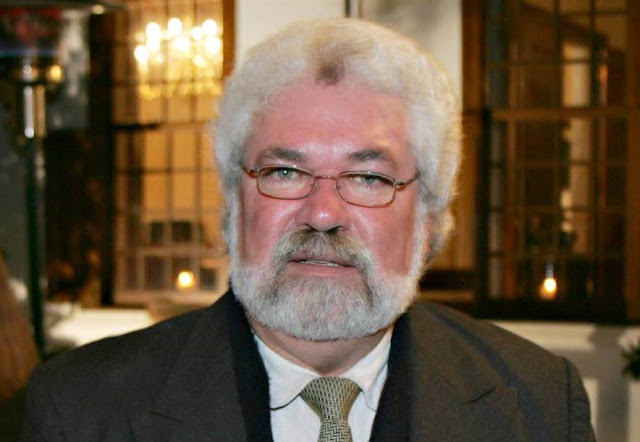 The veteran TV and film producer, actor and director Herman Binge has died. He was 68.

Netwerk24 first reported Herman Binge’s death. Herman Binge died on Thursday at his home in Tamboerskloof, Cape Town after he was diagnosed with cancer in September.

Born Lorenz Herman Binge, he was married to actress Joanie Combrink and had two sons, Laurie and Ludwig.

Herman Binge is the son of Ludwig Binge, a South African theatre pioneer.

Herman Binge who was the director of Waterfront Television producing TV work for Fremantle, made shows in various genres for television and was a director and producer at Marche Media in Cape Town for the past 5 years since March 2016.

He had more than 40 years of professional experience in the industry.

He was the writer of Nobody Dies and ‘n Song vir Emily and appeared as an actor in series like Hoekies vir Eensames on which he was also a director, and on stage in plays like 4 Vertrekken ‘n tuin, Pavane, Lysistrata and the cabaret Met Permissie.

Herman Binge was the director on TV series ranging from Living the Blues and The Syndicate, to Aba Kwazindenge and the made-for-TV movie, Pride of Africa.

US authorities will defend uncommon mussels after decade-long marketing campaign

Are Fuel and Nuclear Vitality Inexperienced? European Lawmakers Say Sure.

US authorities will defend uncommon mussels after decade-long marketing campaign

Are Fuel and Nuclear Vitality Inexperienced? European Lawmakers Say Sure.