The first Pakistani actor to star in a Netflix Original, Ahad Raza Mir has opened up about playing Arjun Batra (Arj) in the OTT adaptation of the zombie game series Resident Evil. He has also spoken up about how OTT is helping artistes break geographical and conventional boundaries in an interview with Khaleej Times.

The show marks the second time Ahad, popularly known for his television roles, will be seen in the OTT realm. Following the success of his portrayal of Hamlet as part of The Shakespeare Company, the actor, who’s currently shooting for the second season of BBC’s World on Fire in Ireland, believes he’s ready to take on greater challenges. And he plans on being as unconventional with his choices as possible. “OTT gives you this avenue to explore anything and that’s actually quite freeing for an actor,” the 28-year-old said prior to Resident Evil’s release.

“When you’re working on TV, there are things you can’t do. But the nice thing about OTT is that it gives you this avenue to explore anything. And that’s quite liberating for an actor. But the best part about OTT is that it’s global. You can watch it from anywhere. That’s why platforms like Netflix are really valuable for everybody. As an actor, it’s exciting for people to see your work but I think it’s also great for the audience to engage with each other from different parts of the world, viewing the same content,” he added. 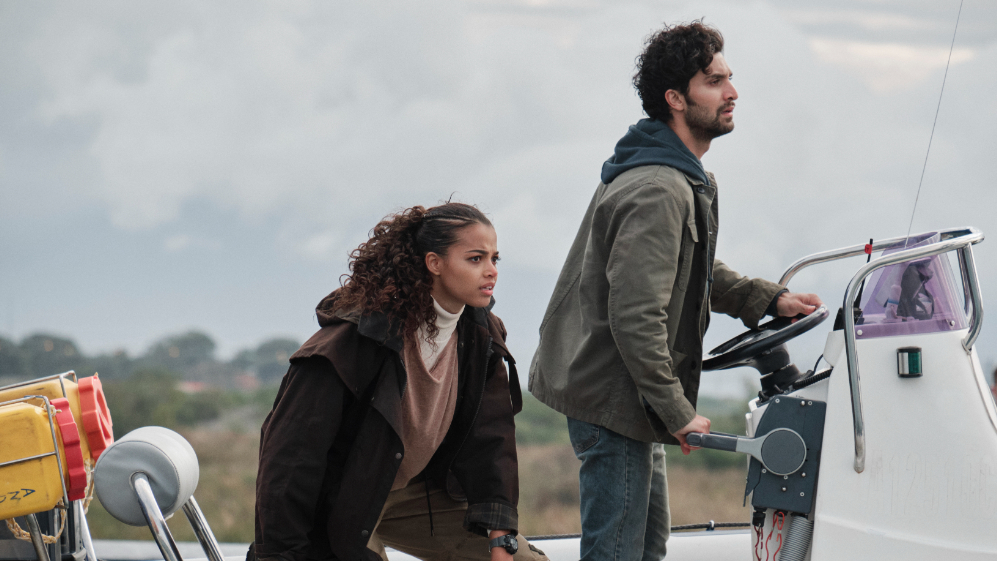 The Netflix interpretation of the Resident Evil franchise is “a brand-new retelling of the story that follows the lore,” Ahad told Variety. The actor, who is guilty of having played all Resident Evil games and watched all the movies, describes his character as someone who plays more of a pivotal role in the emotional moments. “I really have a great understanding of the lore and the story that Resident Evil presents. But what’s really interesting about this show is that it’s taking that lore and turning it on its head, giving it a brand-new presentation,” the Ehd-e-Wafa actor added.

He shared that because viewers already have such a great understanding of the show, owing to the franchise’s massive fanbase, the makers have created “these new characters for people who might not have played the games and might not understand the show from before. And they have this opportunity to connect with it now.” So, it was a great honour for Ahad to “create a new character for the franchise,” onscreen.

Asked if the makers made a conscious effort to not stray too far away from the essence of the original, Ahad told Khaleej Times, “The core is there because of the name itself. The story, the characters that people have known in the games are all there but what’s interesting is they’ve created new ways of telling the same story. For instance, if you look at Shakespeare productions, we all know the stories. We all know what happens in Hamlet, Macbeth and Romeo and Juliet. But for some reason, we still find ourselves going to the theatre or watching new renditions of it. So, this is us taking the same story and exploring new ways of telling it.”

Despite being set in 2036, Resident Evil’s story arc is contemporary in the sense it is set in the aftermath of a deadly virus, Ahad told Variety. “In this world of a zombie apocalypse or a virus like this going around, people react in ways that you might not be able to justify when you’re living a normal life. A really interesting thing as an actor to play was living in this very extreme world,” he shared. “It’s fun but it can be challenging because you’re trying to create this world in your mind, one extreme of life and death. Whether it’s an action sequence or emotional scene, every moment is heightened.”

The actor, albeit, feels that the real success of the show is in its representation. “Sometimes in a show, you’ll have the token brown guy or the token Asian, but what Netflix is doing is, they’re getting rid of that. People are there in the show, not based off of a stereotypical idea of that character based on skin — it’s more about ‘this is the right person for the role.’ And I like that that’s happening.”

Ahad has also revealed that there could be a second season for Resident Evil and he hopes to be in it. “From what I’ve heard, I think there will be follow-up series. Obviously, it depends on how the show goes the first-time around. But I’m hopeful.”

In 2019, Ahad starred in Hamlet: A Ghost Story. His interpretation of Hamlet won him Canada’s Betty Mitchell Award for outstanding performance by an actor. He is looking forward to producing another stage version of Hamlet in a 1200-seater theatre in Toronto later this year.

Resident Evil has been streaming on Netflix since July 14.

In Pakistan, Ahad has earned considerable acclaim for his performances in Parwaaz Hay Junoon (2018), Aangan (2018), Ehd-e-Wafa (2019) and Yeh Dil Mera (2019). His serial Dhoop Ki Deewar, which sees him star alongside Sajal Aly, was a global success for streamer ZEE5. In Canada, Mir has built a reputation as a theatre actor, especially after playing Hamlet, Tybalt in Romeo and Juliet (2014) and Lennox in Macbeth (2015).