LOVE Island’s Coco has quits fame and returned to her day job after getting dumped from the villa.

The 27-year-old graphic designer from Surrey – who also works as a ring girl and a shot girl – said she will return to selling drinks in clubs later this month.

Unfortunately Coco did not find love in the villa after being coupled up with Andrew Le Page, 27, and was given the boot last week with Josh Le Grove, 22.

Coco said she’s “living [her] best life” after being dumped from the villa and said on Reality with Will Njobvu: “I’m actually going to go back to shot girling next week.”

He then joked about the possibility of getting free drinks from her if he bumps into her in the club, with her responding: “Not for free. I need to make money.”

The reality star admitted she doesn’t know where she will be based – but said she’ll be working for an agency and will likely be a student nightclub. 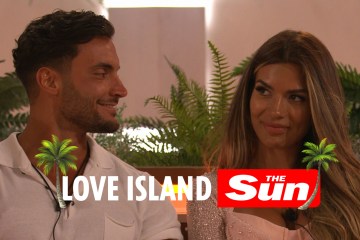 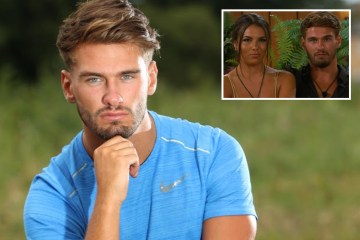 Coco teased that people may jokingly ask to “lick her t**s” – after she let slip about her and Andrew’s bedroom antics.

But Coco suggested she has no plan to be a shot girl for long – and it waiting for “opportunities” after the show.

She added: “I’m not just gonna live on my savings, no. So I’m gonna go back [to shot girling].”

Coco jetted back to the UK, and she’s since shared updates with fans on social media.

In a recent Q&A with her new fans, Coco revealed that she’s not actually called that.

Asked by a fan what her real name is, she replied: “I was born Chloe but couldn’t pronounce my name so renamed myself Coco as a toddler #extra.”

Coco opened up on various other aspects of the show during her candid fan chat.

One person asked if she was on good terms with the Casa Amor girls, to which she responded: “We were all so close by the end of Casa, we were so nervous at the recoupling and got on so well.

“It was a shock to come out to exaggerated lies and comments never made to my face by a few of the girls but I now get the chance to set that straight.”