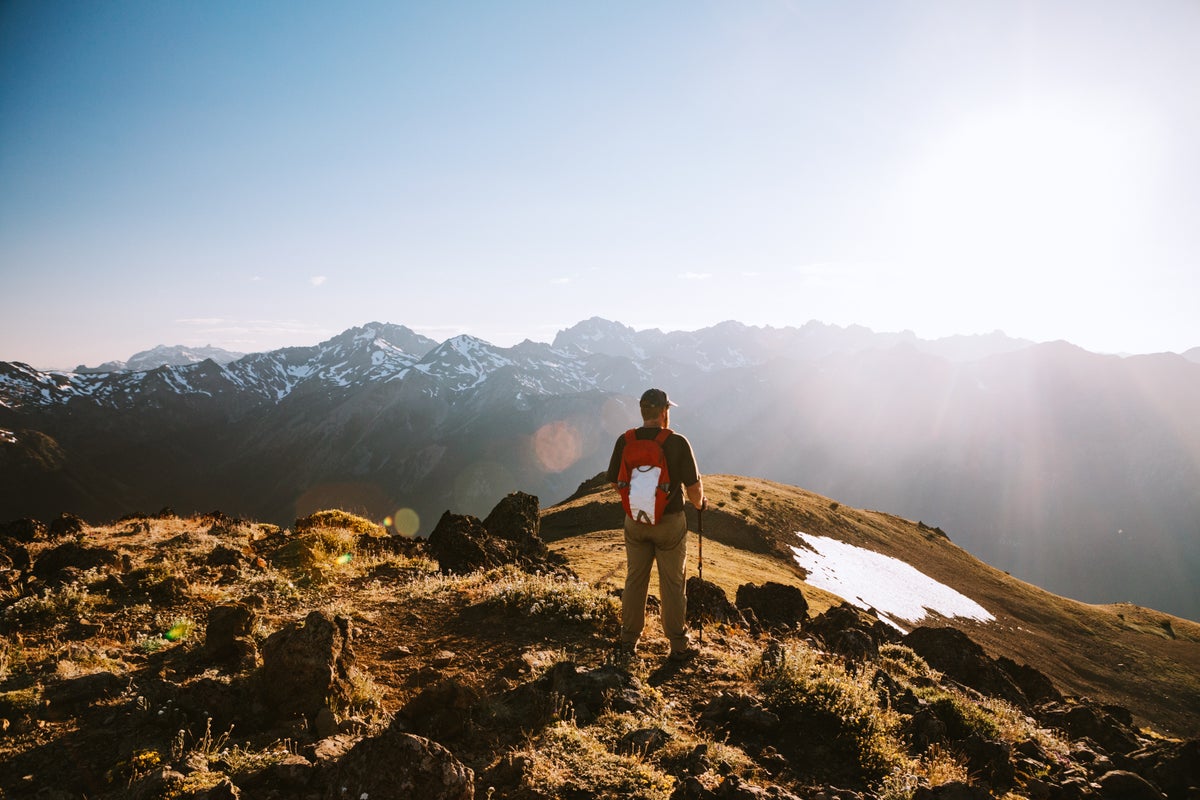 A woman has shared the incredible way she was reunited with the last photos of her father after he fell to his death while they were hiking in the Olympic Mountains.

Jen Rose Smith, a writer living in Vermont, recounted the emotional story in a Twitter thread posted this week. In it, she shared a photo of her father and herself taken the day before he died, and revealed that three strangers saved the photo from “being lost forever”.

“A day after we took this two years ago, my dad fell to his death in the Olympic Mountains,” she wrote alongside the selfie of the pair. “After he died, though, an astonishing thing happened that still fills me with gratitude and hope – here’s how three strangers saved this photo from being lost forever.”

In the Twitter thread, Smith explained that the accident occurred two years ago when she, her father, and three others were on their second day of a week-long backcountry hike in the Olympic Mountains in western Washington and found themselves “off-route”.

“My dad fell down a steep gully. He tumbled out of sight,” she wrote, before recalling how she’d immediately dropped her hiking pack and climbed down over the steep slope “towards the place where he disappeared”.

Smith said her father had died in the fall, but that his body had come to a stop above another drop. She said the location of the fall meant that she and the rest of the group struggled to move her dad’s body as there was “serious rockfall”.

Smith continued on to say that the Naval Air Station Whidbey Island search and rescue team [NaswiSar], an elite Navy rescue unit that specialises in overwater, overland, and high altitude operations, later came to their rescue and carried both her and her father’s body out of the gully and into a Blackhawk helicopter. Smith also reflected on the compassion shown to her by staff working for the Olympic National Park, who booked her a hotel and called a funeral home for her.

“Both @NaswiSar and @OlympicNP showed so much compassion that day. The Navy SAR team lowered from a hovering helicopter into an unstable situation. Staff from Olympic National Park met me at the helipad, brought me to a quiet place, called a funeral home, booked a hotel,” she wrote, adding that, at that point, her hiking pack was the “last thing on my mind”.

In the days after her father’s death, Smith says she began to “bitterly regret the loss of the final images of his life,” which were on the phone she’d left in her backpack at the top of the gully where her dad had fallen. In addition to the pictures, there was apparently also an ice axe that her dad had carried for more than 50 years strapped to her pack.

While Smith assumed that the photos were lost forever, her mother came up with a plan. Her mother had met a family from Forks, Washington, when she was driving her husband and daughter to the hike and they had exchanged numbers. Smith said that her mother decided to reach out to the family, who had done the Bailey Range Traverse hike multiple times, and ask if they would look for the pack.

“A week after my dad’s death she said: ‘I want to ask them if they’ll look for your pack,’” Smith recalled.

While the idea seemed “totally wild” and “unreasonable” to Smith, she let her mother ask them.

Smith noted that, when her father had fallen, the group was a day and a half from the road, off-route from the trail, and that her pack weighed at least 50 pounds. Miraculously, that family called back to say that they would be going in to retrace the group’s steps and see if they could recover the pack.

“Three members of that family walked for four days – two in, two out – to look for my pack. I worried for their safety. I thought they’d never find it. Then the phone rang,” Smith wrote. “They found it, split the pack up three ways, and carried it all back out. THEY WALKED FOR FOUR DAYS.”

While reflecting on the family’s kind gesture, Smith said that it meant that she is now able to look at the last selfie she took with her dad every day. She has it pinned to the wall by her desk.

Smith then shared another photo from the hike, which is her favourite of the rescued photos and taken on the morning of her father’s death. In the photo, which features a backdrop of the sprawling mountain range, a grassy field and trees, Smith’s father can be seen studying a map.

“My favourite of the rescued photos is this one, from the morning of his death. He’s studying a map at dawn, sitting in a field of avalanche lilies. In the background is Mt Olympus,” she wrote.

Smith then noted that her father spent a “lifetime seeking out high places, and taught me to love them too”. “Once he told me: ‘If I die someday in the mountains, I won’t think I’ve chosen the wrong life.’ I don’t think he did, either.”

Smith concluded the thread expressing her gratitude to the Navy SAR team who answered the group’s SOS, the Olympic National Park staff, who met them with “compassion,” and the family who retrieved her pack for their “extraordinary generosity”.

“This family’s extraordinary generosity will touch me for the rest of my life. When I remember my dad, I remember them too,” she wrote. “Kindness always matters.”

Smith’s emotional thread, which has been liked more than 17,000 times, has been met with an outpouring of comments from people moved by the touching story.

“So moved by this, thank you for sharing it. I am very sorry for your loss,” one person replied.

Another said: “Thank you for sharing this story of grief, of compassion, and of asking for and receiving care and generosity from others. The photographs are lovely.”

Someone else added: “I’m so very sorry for your loss. Thank you for sharing this amazing story of kindness. What a beautiful way to honour his memory.”