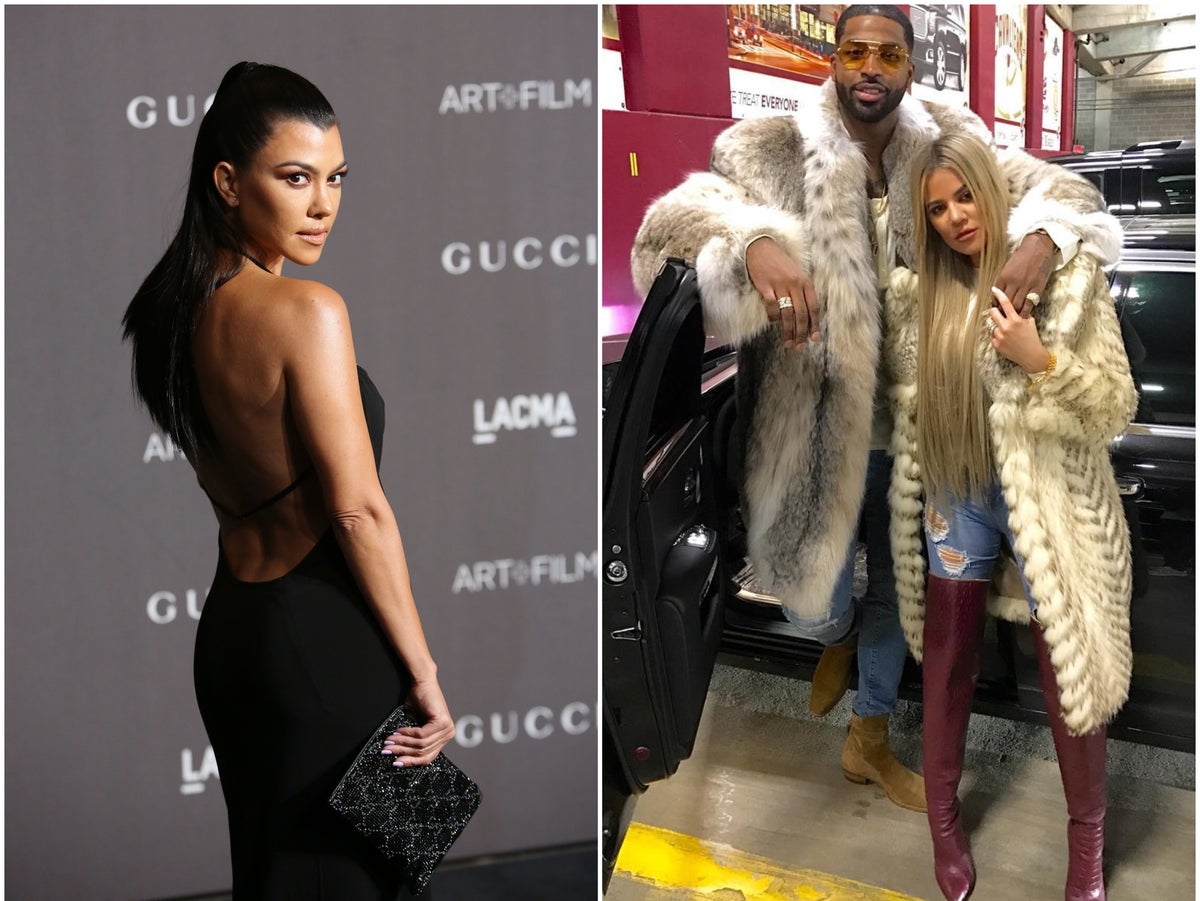 Kourtney Kardashian is making her feelings towards Tristan Thompson known, albeit in a subtle manner.

As noted by eagle-eyed fans the Poosh founder has unfollowed the ex-boyfriend of her younger sister, Khloe, on Instagram.

It comes after news broke that Khloe and Thompson are expecting their second child together via surrogate. The baby was conceived in November 2021.

The former couple already have a four-year-old daughter named True.

The pair are no longer together after it was revealed in December that Thompson had fathered a baby with personal trainer Maralee Nichols while in a relationship with Khloe.

According to court documents filed at the time, Thompson slept with Nichols in Houston in March last year, the day after Khloe threw him an extravagant party to celebrate his 30th birthday.

It is unclear how recently Kourtney unfollowed Thompson, but she has not interacted with his posts since October 2021.

Kourtney’s initial reaction to Thompson’s infidelity was documented in season one of The Kardashians.

In the episode, Kim is seen on a conference call with Kourtney and half-sister Kylie Jenner as she reads through the court documents.

Kourtney described the situation as “insane”. She also referenced past claims of Thompson’s infidelity towards Khloe, describing his behaviour as “never-ending betrayal”.

“We can confirm True will have a sibling who was conceived in November,” the representative said.

“Khloe is incredibly grateful to the extraordinary surrogate for such a beautiful blessing.

According to reports in the US media, the exes are expecting a baby boy and the birth of the baby is “imminent”.

It seems the pair are on good terms, with Khloe recently reacting to a fan account’s post about Thompson being spotted with another woman in Greece.

Sharing a video of Thompson with the unidentified woman, the fan account wrote: “Khloe and Tristan are both single and according to the statement from Khloe’s representative, they haven’t spoken since December besides co-parenting so I don’t know why it would be crazy for Tristan to be with another girl as long as he’s a good dad to his baby which we don’t know when Khloe’s surrogate is due.”

Khloe appeared to agree with the caption and “liked” the post.

Khloe and Thompson’s tumultuous relationship began in 2016. Khloe announced she was pregnant with their first child, True, in December 2017.

Days before Khloe gave birth to True in 2018, TMZ published video footage of Thompson kissing a woman at a hookah lounge in Washington DC.

The publication claimed the video was taken in October 2017, while Khloe was pregnant.

Later in 2019, Khloe publicly criticised Jordyn Woods, the former best friend of her half-sister, Kylie Jenner, for kissing Thompson at a party.

Khloe and Thompson rekindled their romantic relationship during the pandemic, with the Good American founder telling Ellen DeGeneres’ series Lady Parts in March 2021 that she and Thompson were preparing to have another child, and that they had created embryos.

“We realised that my eggs aren’t strong enough to be frozen. They should be mixed immediately with sperm to make embryos. So I actually have made embryos,” Khloe said.