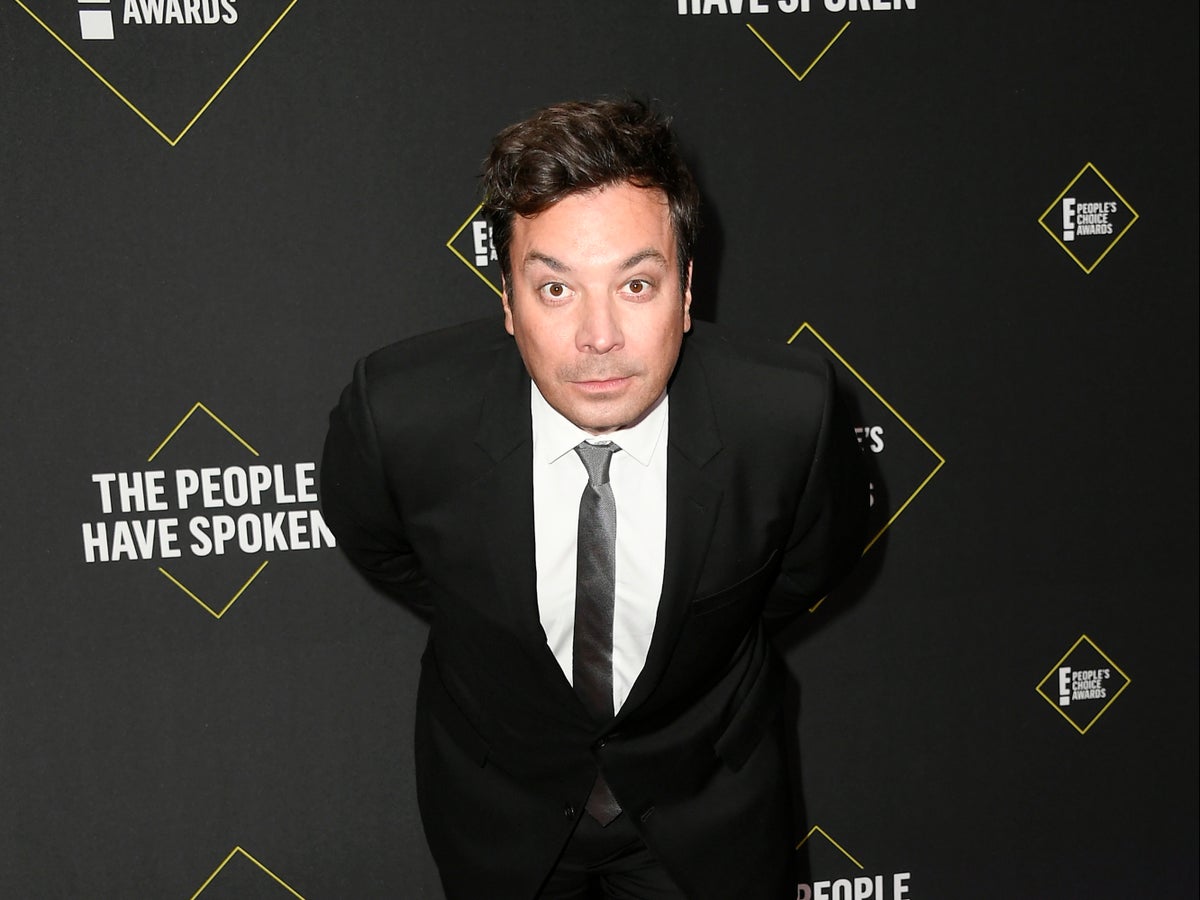 Jimmy Fallon has teamed up with Brooklyn-based streetwear brand MSCHF to design his very first sneaker: The Gobstomper.

At first glance, the chunky off-white suede sneaker appears minimal in its design, but after some wear and tear, more colours emerge from within the layers of the sneaker.

“The idea behind this shoe is this,” Fallon explained during The Tonight Show. “The more you wear it and wear it down and break it in, there’s different layers of colours in the sneaker, like a Gobstopper. That’s why it’s called Gobstomper.”

“Every shoe will look different,” he added.

Founded in 2016, MSCHF is a New York art collective known for the controversial “Satan Shoes” launched in collaboration with rapper and singer Lil Nas X. The release of the $1,018 black and red sneaker, which also contained a drop of human blood, was followed by a lawsuit from Nike over the use of its Nike Air Max 97s.

In 2019, the creative label launched a pair of $1000 “Jesus Shoes” – containing holy water from the Jordan River in the soles, a crucifix on top of the laces, and was even blessed by a priest. Last week, MSCHF unveiled “Eat the Rich” ice cream trucks in New York and California, where they sold ice cream shaped like the faces of billionaires.

Sneaker fans took to Instagram to share their thoughts on the streetwear brand’s unexpected collaboration with Jimmy Fallon. Some users praised the skate shoes for its colourful design, while others were simply confused over MSCHF’s partnership with the comedian.

“I need a pair,” one person wrote, while someone else said: “Actually really awesome idea”.

“Don’t even think Jimmy has ever skated,” another user commented.

“So many people clean their sneakers every day; this is the opposite,” he said. “We want you to beat it up. We want you to wreck it, scuff it, destroy it. And that completely adds to it. If you keep it clean, it’s still a fine skate shoe, but then it’s just going to be a gray skate shoe.”

However, the irony isn’t lost on MSCHF, who is fully aware that Jimmy Fallon actually has no idea how to skateboard. According to Greenberg, the company’s marketing campaign finds “the irony of doing a skate shoe with someone who can’t skate and then doing a whole photo shoot about them falling on their a**.”

The Gobstomper sneakers are set to drop on Thursday, 28 July 28 at 1 pm EST exclusively on the MSCHF Sneakers app. The kicks are priced at $195.