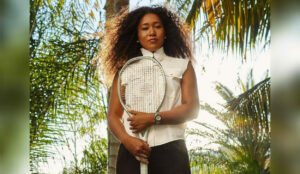 After being eliminated from the first Grand Slam of the 2022 tennis season, Naomi Osaka told reporters that, while not devastated by the loss, she would be taking a break from social media to avoid the blowback.

Osaka made headlines for bowing out of the Melbourne Summer Set 1 after winning her semi-finals match earlier this month. Her tweet announcing her withdrawal was met by criticism from tennis fans who called her weak and implied that she’s only interested in winning grand slams, not the smaller tournaments that usually precede them.

Now, following her elimination from the third round of the Australian Open on Friday, Osaka told reporters that she will be taking a break from social media, Insider reports.

“The first thing that I’ll probably do when I look at my phone is delete Instagram and Twitter,” she said, “and then I probably won’t redownload it for a couple of weeks.”

However, the former No. 1 player, who was the top-earning female athlete of 2021, made it clear that the loss itself was not an issue for her.

“I mean to me it’s always a tennis match, you know what I mean? I feel like the outside stuff comes after,” she explained. “To me it’s exciting. Not the loss itself, but, like the person I lost to, because it’s like showing the growth of tennis. I feel like now I’m in this position where if I lose to someone, it might make a headline, but I also think it kind of grows more superstars, and I feel like that’s good for the game.”

In this instance, the player who stopped Osaka’s attempt to defend her Australian Open title was unseeded American player Amanda Anisimova, whose win at Melbourne Summer Set 1 marked only her second Women’s Tennis Association title.