Meta Gives Nothing New to the Metaverse 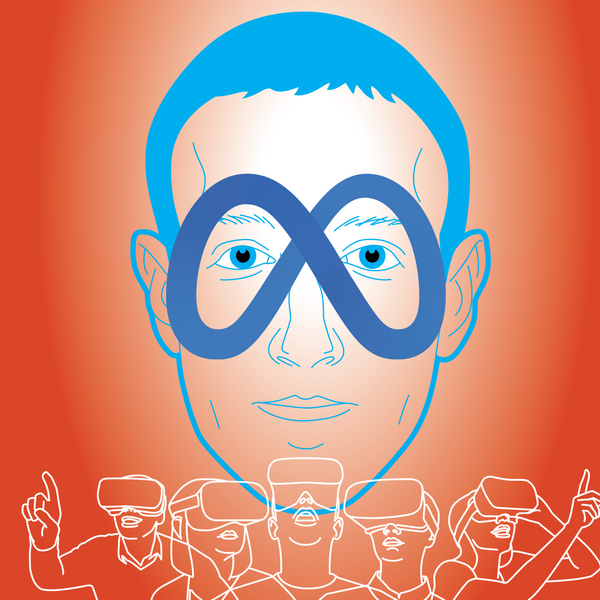 You may have heard that Facebook is owned by a company that is no longer called Facebook but, instead, Meta (officially Meta Platforms). CEO Mark Zuckerberg detailed the name change in a CGI-laden presentation that spanned an hour and 17 minutes. The metaverse, he says, is what’s next for the Internet.

“The next platform and medium will be even more immersive, an embodied Internet where you’re in the experience, not just looking at it,” he said.

The announcement was not well received. Journalists, pundits, and politicians saw it as an attempt to deflect attention from Facebook’s real, present problems by focusing on a better, imagined future. I share this view. As a consumer-technology journalist, however, I have a different problem with Facebook’s vision of the metaverse: It’s not new. Not even close.

Zuckerberg’s demo was basically a virtual reality hangout. It depicted a small group of people playing a game of cards in VR before one of Zuckerberg’s friends, taking the form of a robot, teleports him to a fantastic virtual forest. Zuckerberg is also shown admiring a VR art installation and using a video call to speak with friends in the “meataverse.”

The show might have impressed those who are new to augmented and virtual reality. But the tech-savvy certainly know that everything shown by Facebook—sorry, Meta—is possible right now and has been for several years. It’s not even that expensive.

The experience doesn’t fall far below Meta’s demo. VRChat, a popular platform, has thousands of attractive 3D levels. The software can, if you opt for the more expensive VR setups, detect the movement of your limbs and face and animate your avatar to mimic your gestures and expressions. You can hang out with friends, play basic games, or explore virtual landscapes, as depicted in Meta’s demonstration.

Everything shown by Facebook—sorry, Meta—is possible right now and has been for several years. It’s not even that expensive.

VRChat is used by tens of thousands of people every day, and the number continues to grow. A spike of users during New Years 2021 temporarily took down VRChat because the company’s service provider thought it was experiencing a distributed denial of service attack.

Zuckerberg knows this. Facebook bought Oculus in 2014 and has released several iterations of Oculus hardware since. The company has its own virtual reality chat platform, Facebook Horizon, which more-or-less does what’s shown in Meta’s first demo but with less fidelity. VRChat is available on Oculus headsets along with competitors such as AltspaceVR and Rec Room. Still, the user base for VRChat and its ilk is tiny compared with Facebook’s 2.91 billion active users.

All interesting stuff, to be sure, and it will require a massive R&D effort. This, in part, is the reason for Facebook’s change of name. The company plans to spend a lot of money on the metaverse. That could be hard to justify without signaling a shift away from Facebook.

Yet by focusing on what the metaverse can be in the future, Meta deflected from a question that cuts to the core of Zuckerberg’s vision. If that VR vision is already accessible on hardware that costs as little as a midrange Android smartphone, why aren’t consumers already eager to experience it?

That’s the trillion-dollar question—and I don’t think Meta has the answer.

What to Put on within the Metaverse