Life within the Margins by A. Elizabeth Herting

A. Elizabeth Herting tells the story of Emma, who is having an ordinary day at the office in September 2001, until… 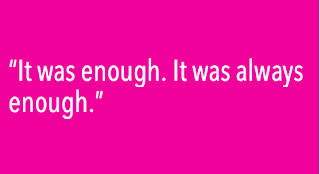 The wind whistles and whips her long, curly hair around her face. Emma is dazed as the strange reality of being exposed to the open air, at over ninety-seven stories high, begins to sink in. Her ears ring loudly, the sound of the explosion rendering her partially deaf to the world but not to the violent howling of the wind. Or the shrieking pockets of the damned. Emma can actually feel those.

Mangled bodies and pieces of her coworkers she uses as stepping stones on her way to the only salvation open to her. Pure, animalistic will to survive. Shock and adrenaline and the smell of sudden death mixed in with gasoline and fire. That she is even alive must be something of an impossible miracle.

Emma vaguely remembers an apocalyptic, earth-shattering explosion. She really has no conscious idea of what happened; it was a regular, boring Tuesday morning. A day like any other. Coffee maker on the fritz. A hundred letters on her desk, emails to be returned, copies to be made, her boss’s constant demands. Multiple fires to be put out, metaphorically speaking.

She’d been planning a pot roast for dinner. It was Frank’s favorite; a peace offering. They’d had words this morning as she hurried to get ready for work. Emma was late, stressed out about traffic, the usual grind. They’d been in a good patch recently. A normal, day-to-day existence mixed in with moments of awesome. A life in the margins.

After years of living, working and struggling together, they eventually became each others’ hobbies. There were never any kids, could never be any. It was her fault. Frank knew, but never blamed her for it. They both grew to love the quiet of the early evenings; Frank home from his doorman duty as Emma fed him to bursting. Her love for him spilling out in a thousand different meal plans and mundane chores.

Enough! She screams, over and over as she scratches and claws her way over the debris. It’s dark. The sound of distant alarms blindly guide her along. A man’s voice calls out in agony, but she dare not stop. Emma has no idea where or when she is, only that she has to keep moving. Frank would tell her that. Her mother would insist upon it. Emma girl, you are stronger than you know…

What the hell happened, Ma? Is the world ending today? I never got the memo on that…

The smell is unbearable, overwhelming. Thick, black smoke choking her, a random sprinkler pathetically sputtering. There is one spot of light. She can see parts of the city through the jagged, gaping hole where her office window had once been. Emma pulls her blouse up over her nose and crawls towards it. Her hands are bloody and raw, her favorite pair of white work slacks ripped and covered in blackened bits of gore. She’d been in the copy room when Armageddon started, which is probably what saved her from instant death. Is this a blessing or a curse?

Sweet, merciful Christ! She finally reaches the end. Grabbing onto a half-ruined pillar, Emma painfully pulls herself up, breathing in miraculous gulps of fresh air. Even from this unfathomable height, Emma can feel the stress, the emergency in the air. It’s impossible to see what’s happening below but she can hear the sirens, so many sirens! A hive of constant lights and activity.

Emma stands at the very edge of the world, as far over the great chasm as she can possibly stretch. Behind her is death. In front of her? Best not think of that, Emma girl, one thing at a time… Another explosion splits the air in two, a fresh burst of sudden heat, objects raining down before her (my God, was that a person?) as she desperately tries to keep her balance. Not daring to turn her head towards the source of the new disaster, she decides to ride out whatever the hell is happening with her eyes clamped tightly shut. Just like the old days, darlin’? Not all monsters live under the bed. Open your eyes, Emma girl!

A new sound, the whir of a helicopter off in the distance breaks through the chaos. Thank God! Ma! They’ll find me, this is it! Emma adjusts her stance, making sure each foot is as secure as possible before daring to lift one arm off of the pillar. Frantically, she begins waving as high up as her arm can possibly go. First one arm, then both of them, panic finally breaking through the dull shock of her situation. I’m here, I’m here, I’m here! Louder and louder, the chopper finally comes into her line of vision, if she can only keep waving, keep moving, Keep going, Emma girl! You are almost there!

So she waves, and yells into the relentless ash-covered, hellish wind, again and again, certain that if she can only catch their attention, she will be saved. Somewhere in close proximity, the sound of a hundred runaway freight trains assaults her already battered senses, destruction and debris and death crashing down at breakneck speed right next to her, but still Emma doesn’t stop. She waves and screams and flails as much as her body will allow. That’s the spirit, Emma girl! Compete! The ridiculousness of her dead mother’s endless nagging causes her to burst out in fits of hysterical laughter. She keeps laughing and screaming, never even knowing when her voice finally gives out; pieces of the world and her fellow human beings dropping past her in a constant barrage of death. Stop the world, Ma, I want to get off! But Emma knew she’d never get off. Not willingly. She’d hang on to the bitter end.

The chopper weaves in and out, Emma never losing sight of it not even when she feels the first, deep rumblings stirring somewhere above her, the last refuge of life as she knows it about to come crashing down upon her head.

Dishes clutter the floor of the apartment, the pot roast devoured and forgotten, two empty bottles of Cold Duck tipped over on the table in happy, drunken abandon. It was a feast for the ages. A survivor’s feast. Tears and laughter with bouts of frantic lovemaking mixed in. Emma had never felt more alive than she did right in this moment with Frank deeply snoring at her side. She reaches out and gently touches his shoulder blade, the old familiarity of his body giving her strength. There was no mundane in these margins, it was exactly as it was meant to be. Emma would be sure to never forget that again.

It was enough. It was always enough.

It is her last pleasant thought before she finally opens her eyes, (Open your eyes, Emma girl!) the dream reluctantly fading away, as dreams always do, into the cold, hard truth of reality.