Healthcare employee slams critics who referred to as her scrubs ‘inappropriate’ 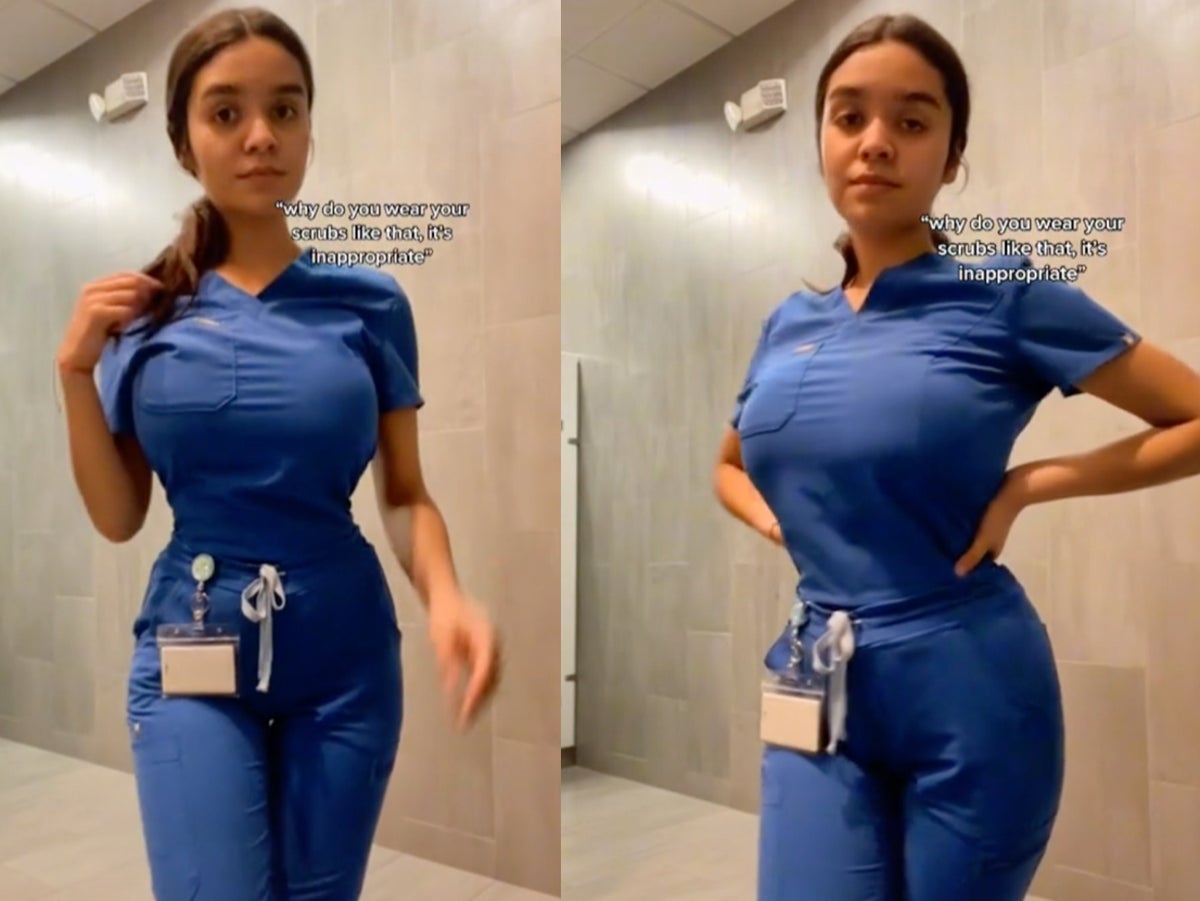 A healthcare worker shared her response to critics who claimed that her scrubs were “inappropriate”.

In a video posted to her TikTok account in May, Erika, @_erikamdiaz, could be seen posing in her dark blue scrubs.

She noted in the video that people have often asked her: “Why do you wear your scrubs like that, it’s inappropriate.” Her shirt can be seen tucked into her pants.

The video continues with screenshots of women wearing the attire on FIGS Scrubs’ Instagram account, in order to show “how the brand advertises” the outfit.

One image included a woman in navy scrubs, with her shirt tucked in, just like Erika. Another image showed four healthcare workers wearing scrubs also with their shirts tucked in.

In the caption, Erika acknowledged how it often feels like she’s being critcised for her figure and not for her outfit.

“Some people just have an issue with my body not my scrubs and it shows,” she wrote.

The healthcare professional went to the comments to address how her body is “not fake” and how other people’s “opinions” about her are “irrelevant”.

“I literally work 2 jobs, volunteer, and I am still studying, I’m devoting my life to the improvement of others and anyones opinions are irrelevant,” she added.

As of 20 July, the video has more than 12.4m views, with viewers defending Erika’s outfit and agreeing that she can’t change how her body looks when wearing scrubs.

“Can’t change what you have, doesn’t make it inappropriate,” one wrote.

“She’s wearing it like it’s supposed to be worn. She can’t control the way her body is made wtf!!!,” another added.

A third person said: “I ain’t remember the last time I cared what a NURSE looks like when they’re helping me…. regardless if you’re a patient or an employee.”

On the other hand, other viewers claimed that her scrubs aren’t fitting for work and that she needed to get a different sized top.

“You simply can buy a one bigger size to give you space for breath,” one wrote.

Another person claimed: “I’m an old school director. I’d never allow that on my floor – I don’t want to see nails, [perfume], or style – keep that at home where it belongs.”

In response, Erika wrote: “I’m literally not wearing makeup, have my nails done or my hair for that fact. It’s literally just scrubs tucked in so I don’t get stuck.”