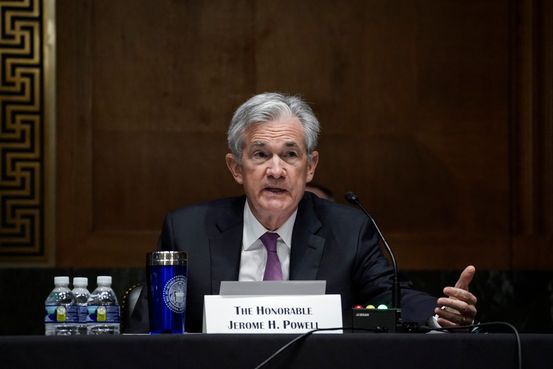 Federal Reserve officials wrestled last month with how to apply their new policy framework to an economy battered by the coronavirus pandemic, according to minutes of their Sept. 15-16 meeting released Wednesday.

Officials raised the bar for interest-rate increases at that meeting and signaled they expected it would be at least three years before they would near the new threshold.

Fed officials laid out a three-part test that must be met before they consider lifting short-term rates from near zero. First, they need to be satisfied that labor-market conditions meet their maximum employment goals, which weren’t spelled out. Second, inflation must reach 2%. Third, they will need some evidence—from forecasts or market-based measures—that inflation will continue to run moderately above 2%.

New projections released at last month’s meeting show officials expected a somewhat stronger economic rebound this year and a speedier drop in the unemployment rate than they did in June. But there was still considerable uncertainty over the path of the virus and its implications for growth, hiring and loan losses that could weaken the financial sector.

Several Fed officials have expressed concern at the prospect of delayed or reduced fiscal support from Congress and the White House after expanded unemployment benefits and support for small businesses expired this summer. Some officials have said their more optimistic forecast was premised on at least $1 trillion in additional spending.

Fed Chairman Jerome Powell on Tuesday said he saw greater risks from doing too little to support the recovery than from spending too much. “The expansion is still far from complete,” he said.

Later on Tuesday, President Trump said he would suspend negotiations with Democrats in Congress on a relief bill until after the Nov. 3 election. A few hours after that, however, Mr. Trump said he wanted the Congress to quickly pass additional spending for hard-hit businesses and to provide another round of stimulus checks to households.

Fed officials have also expanded their asset portfolio since March, initially with the stated goal of repairing market functioning. At their meeting in June, officials thought the central bank would need to “provide more clarity regarding purchases of Treasury securities and [mortgage bonds] as more information about the trajectory of the economy becomes available,” according to minutes of that meeting.

Officials provided a slight clarification last month by stating that these purchases were being maintained now to support a faster economic recovery. Since mid-June, the Fed has been purchasing $80 billion a month in Treasurys and $40 billion a month in mortgages, net of redemptions, down from even larger quantities in the spring.

Reframing the reasons for these purchases has done nothing to elucidate the circumstances under which the Fed might adjust the bond purchases. These questions include whether and how to link guidance about rate plans to the pace of asset purchases and whether to shift purchases of Treasurys to longer-dated securities, as the Fed did during its 2012-14 bond-buying program. Currently, the Fed is purchasing a wider range of short-, intermediate- and long-term securities.

Write to Nick Timiraos at nick.timiraos@wsj.com