CONTRARY BRIN: Sapience within the cosmos

I feel that people all over the world badly need perspective. The perspective of 6000 years of macro human societies that were 99% brutal, feudal despostisms, against which our island of enlightenment has been… and remains… blindingly bright, by comparison…

… the perspective of a million years of human evolution, in which the normal pattern for male mammals got genetically modified enough so that half of us can actually behave according to the high standards of decency now summoned from us…

Is there life out there? How would we know….

In Why intelligent extraterrestrials are more likely to be artificial than biological, UK Astronomer Royal, Lord Martin Rees points out, “I’d argue it would even be worth looking for traces of aliens in our own solar system. While we can probably rule out visits by human-like species, there are other possibilities. An extraterrestrial civilisation that had mastered nanotechnology may have transferred its intelligence to tiny machines, for example. It could then invade other worlds, or even asteroid belts, with swarms of microscopic probes.”

… which is one of the plot lines explored in my novel Existence.

Perhaps they are everywhere? British physicist Terry Rudolph believes aliens could be communicating through starlight, by hiding messages in modified light that would appear like random blinking to anyone else listening in. Now mind you this is in the Daily Mail and hence guilt by association!  Still, the basic idea is solidly founded in “steganography” – the fact that secret information can be hidden in innocuous images or photographs, needing a key to even know it’s there.  The quantum entanglement portions of this concept seem ornate and questionable. But hey, sci fi authors have worked with far less! 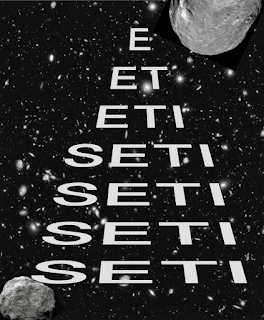 “Would we recognize an extraterrestrial message if we received one?” This essay by D. Oberhaus and C. Early pushes the idea that limited human beings would be inherently incapable of understanding… or even defining as intelligent… any signals from advanced alien civilizations.

I call this yet another example of ‘humility chic,’ and while it’s good to goad ourselves that things change (a century ago folks spoke of communicating with Mars via controlled forest fires) the core point of the article is pure drivel.

(1) Most scientists share the values of the article’s authors, constantly questioning the envelope of perception. And hence, where do these fellows get off, lecturing as if they are the inventors of assumption-questioning?

(2)… the question is not what humans can perceive, but whether more advanced beings would find us interesting. And if some of them did find us interesting… even some subclass of them who are as rare and exceptional as human entomologists fascinated by ant colonies… they would thus do the heavy lifting of figuring out how to communicate with us.

Moreover, newly sapient tech species are not common as ant colonies on Earth!

Again, the most frequent possible rate of appearance of new sapients like us in the galaxy is in years, per. Hence mathematically, it is almost impossible for the only sapient tech species to erupt in any galaxy during a specific century not to be interesting and worth study by super-rich, super-advanced beings.

Again, we study ant colonies… not all of us and not all ant colonies… but if a new insect colony only showed up on Earth once per century? Then some humans would rush to study it.

Robin Hanson, Milan Circovic, Anders Sandberg and others have issued a paper – If Loud Aliens Explain Human Earliness, Quiet Aliens Are Also Rare – proposing a variant on the Fermi Paradox, suggesting that humans on Earth are very early, as Breakout Sapient species go.

“If life on Earth had to achieve n ‘hard steps’ to reach humanity’s level, then the chance of this event rose as time to the n-th power. Integrating this over habitable star formation and planet lifetime distributions predicts >99% of advanced life appears after today, unless n<3 and max planet duration <50Gyr.

“That is, we seem early. We offer this explanation: a deadline is set by ‘loud’ aliens who are born according to a hard steps power law, expand at a common rate, change their volumes’ appearances, and prevent advanced life like us from appearing in their volumes. ‘Quiet’ aliens, in contrast, are much harder to see.” 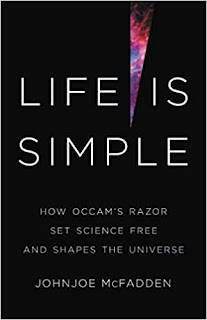 I have commented on this, that there are many factors often overlooked: I have long held that the top candidate for most-rare event along the Drake sequence is the appearance of a successful technological civilization. Among the following reasons, only #1 is widely discussed:

0 – Life itself is arguably an easy step since it appeared on Earth soon after the seas cooled. Metazoan-complex life took another 3.5 billion years, so that qualifies tentatively as a hard step.

1- Across 4+ billion years that life flourished on Earth, ‘breakthrough sapience’ in which a species is capable of rapid self-reprogramming of its operating system only appeared during the most recent 50,000 years. (I argue preceding humans were not organically capable of this.)

2- In contrast, “pre-sapience” of a level attained by apes, sea lions, parrots, crows, cetaceans, elephants and many others would seem to be extremely common.  Environmental over-exploitation is also seen among many species (e.g. goats).

3- If these two trends were augmented by basic tools like fire or weapons, human style environmental exploitation/degradation could easily burn out a planet without any of the human self-critical awareness that led humans to environmentalism, just 10,000 years after becoming environmentally dangerous. If most sapients come to that awareness more slowly, they might degrade their worlds long before achieving technological breakout. (In fact, it is still an open question whether we will do that, even with our quick ascent to insight.)

-(4b) less time for a homegrown sapient race to achieve breakout, as the sun gets hotter, pushing out the CHZ (Earth may only have another 100My before runaway greenhouse ensues.)

5- The inherent attractor state of male reproductive strategy – stealing reproduction from other males – is seen across the animal realm. In humans after 12,000 BCE it manifested in rampant feudalism, dominating 99% of agricultural societies and at some level nearly all tribal ones.

The rare exceptions – mostly “Periclean enlightenments” – are vastly more productive in science, technological advancement and governance, as well as environmental awareness. But these exception/attractors are also difficult to maintain, requiring sapience and satiability levels that may be rare out there. Hence, feudalism – accompanied always by rampant mal-governance – seems likely to be a near-lethal attractor across the cosmos.

I deem this likely to be a huge part of the overall Great Filter vs. successful sapience. I could go on. There are many more aspects seldom examined.  But I look forward to seeing the paper.

*Most of the likely water/life sites are “roofed worlds” like Europa. They probably pervade the cosmos.

And – if aliens are identified….NASA recently issued a Call for a framework for reporting evidence for life beyond Earth, noting “it is essential to open a community dialogue about how to convey information… that has a high potential to be sensationalized.”

And yes, people continue to discuss and argue about my alternative hypothesis for UFO/UAP phenomena as ‘cat lasers.’