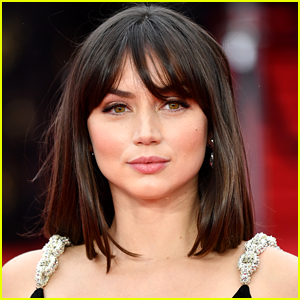 Ana de Armas is sharing her thoughts on if there should be a female Bond in the upcoming James Bond movies.

If you’re unaware, the 34-year-old actress played Paloma in the most recent installment of the long-running film franchise, No Time To Die.

While promoting her new film, The Gray Man with The Sun, Ana opened up about what she thought the future of the series looked like, and to her, that wouldn’t be a female Bond.

Ana said that “there’s no need for a female Bond.”

“There shouldn’t be any need to steal someone else’s character, you know, to take over,” she went on. “This is a novel, and it leads into this James Bond world and this fantasy of that universe where he’s at.”

Ana then explained that instead of a female Bond, what she’d like to see is “the female roles in the Bond films, even though Bond will continue to be a man, are brought to life in a different way. That they’re given a more substantial part and recognition. That’s what I think is more interesting than flipping things.”

Last year, Daniel Craig also shared his thoughts about it.

If you missed it, find out who the fan favorite is to take over the iconic role.